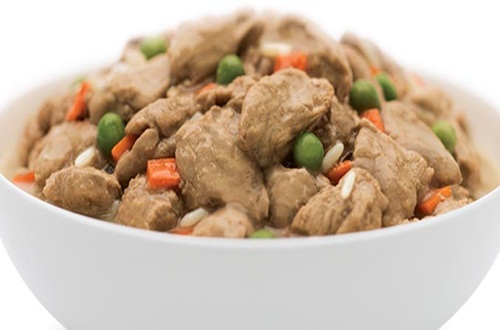 Many of you may be familiar with the physical problems humans have when they eat gluten. This is also an issue in pets.

Gluten is a protein found in many grains, most notably wheat and barley, though it can also be found in some amount in oats, corn, rye and even soy.

Gluten causes issues because it can attach to the gut’s wall and then cause reactions and even destruction of the aborption areas of the intestine. These are called “villi” and can shrink or even be totally destroyed making the nutrients eaten unable to be taken up by the guts and then used by the body.

With this effect on nutrition, many diseases can occur. Especially in young, growing animals, the bones, cartilage, joints and discs in the spine can be negatively affected.

The primary symptoms of gluten intolerance or outright allergy are digestive in nature. Digestive upset, changes in bowel movements, especially diarrhea, though occasionally constipation and vomiting in severe cases occur. The liver and pancreas can also become inflamed and have negative effects.

Like any food allergy, skin issues can be seen as well. Such signs may include, but aren’t limited to itchy skin, chewing, scratching, red spots, rashes, hair loss, dry and flakey skin, recurrent skin or ear infections, runny eyes, and more.

There have been links between gluten issues and behavior probelms. This is definitely true for kids and adult people. It should certainly be investigated if a pet starts acting up.

Seizure disorders are also a possible manifestion of reactions to gluten and if there is no other obvious cause, such as toxins or trauma, a gluten free diet could be tried before heavy drugs in non-serious seizure cases. (Some need drugs or the animal dies from the heat exhaustion and nutritional depletion of long or frequent seizures. Still, dietary changes could be put in place and if possible, drugs lessened or stopped once the gluten reaction is handled.)

Due to chronic stress on the body from gluten intolerance/allergies, the adrenal glands can have trouble as they produce hormones in reaction to stress and can get depleted or worn out. The thyroid gland may be harmed as well and is suppressed by chronic stress hormone release. Sometimes with food allergies the body’s immune system will start to attack such glands destroying their cells and ability to function.

Dogs are well documented as having gluten issues, especially the Irish Setter breed. Cats have be documented less on this, but it still exists.

There are many foods out there without gluten in them. If you suspect this problem with your pet, discuss it with your family veterinarian and get them on a gluten free diet. It can take a minimum of 8 weeks on a restricted diet sometimes to see resolution of symptoms. So, be patient if things don’t resolve immediately.