RoannaSabeh-Azar describes her company, Neo-Paws International, as “Nike to the dog world”. However, outfitting canines with two pairs of High Performance Neo-Paws costs less than half of what a single pair of high performance Nike sneakers will run you. For a mere $55 to $80, dog owners can plant their pups’ feet in footgear that will protect all four paws from the broken glass of city streets, as well as nature’s own tenderfoot terrors such as branches, twigs and thorns.

“People say, ‘Dogs are dogs and they have lived in nature for centuries. What’s the problem?”‘, said RoannaSabeh-Azar. “Well, they have also lived with fleas, infested with ticks and with parasites in their intestines and we don’t expect them to live like that anymore.”

Sabeh-Azar knows first-hand how rough the outside world can be for our canine companions when we don’t outfit them appropriately. “I used to go roller blading and running a lot and I’d have the dogs follow me’, she said. ‘After the first week, I noticed my dogs limping. I figured they must have had sore muscles like me. But when I looked at the bottom of their paws, there were cuts all over them and they were chafed.”

Now, thanks to Neo-Paws, dogs worldwide can run with their masters without exposing their unprotected paws through a gauntlet of road debris and natural paw offenders.

For Sabeh-Azar, starting Neo-Paws was not a new feat. She has been an active part of the business world for years and successfully self-employed for several of those starting with an import/export company home furnishings and decorative products to and from Mexico, a retail shop with a built in restaurant, a television show called Entrada featuring Latin American Cuisine, presently hosting her on-line show: Doggie Style TV and so many things up an coming for this business savvy entrepreneur.

‘Convincing others to embrace your product line is only half of the battle though, they have to believe that this is what their dog needs as much as you do, that’s why all our staff are trained professionals and always love to help explain to anyone who is interested. The acceptance process starts a lot closer to home. “Believing in a product is the key”, she said. “At Neo-Paws, as much as it is a business, and a very great one, our intentions are mostly to aid the public in realizing the importance of proper care for their pets”
In fact, after the shoes were introduced to the pet market, calls poured in from customers asking whether Neo-Paws also sold jackets for dogs constructed from Neoprene, the material used for the shoes. At the time, Sabeh-Azar told them ‘no’, but the question planted a seed for an idea that would eventually materialize into an extended product line utilizing the functionality of wet suit-like material.
The staple product of the Neo-Paws line – the shoes, which come in both summer and winter, regular and high-performance styles – has been augmented to include Neo-Paws Jackets, Neo-Paws Saddle-Bags, Neo-Paws Rain Coats, Neo-Paws life vests, Seat Belts, Cooling Jackets and so much more.

“The reason I come out with all these products is not only because I think they’re great and would really be an asset to the pet industry, but because I realize they are needed and there is a demand for such products and I also believe that an ounce of protection is worth a pound of cure” said Sabeh-Azar. 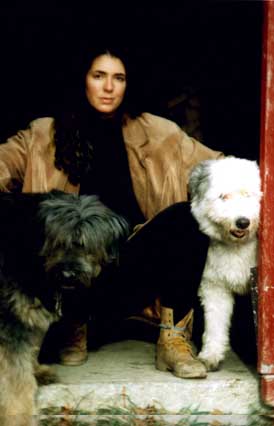 Safety products are selling well for two reasons, said RoannaSabeh-Azar, owner of Neo-Paws International in Toronto, Canada. “First, these products are more available now. Second, the role and status of animals are changing. Dogs are no longer just pets but part of the family, and you have to take care of your family.”

If you still haven’t decided to play it safe by stocking safety products for dogs in your store, you aren’t alone. “Some retailers are still holding back with these products”, Sabeh-Azar said. “They seem scared to spend the money because these are high-priced items. But what retailers have to realize is that customers want the high-performance stuff. There has to be a realization and an acceptance that although these products cost more, they have a great profit potential especially for boutique type stores. Product knowledge is where it’s at. People are so ready to protect their pets right now.

“People are becoming so much more aware of and open to pet products,” Sabeh-Azar said. “They see them and say, ‘Gee, my dog does need shoes. The salt on those icy streets is really bothering him, or the fox tails, or whatever.'”
“Look at safety products for people,” Sabeh-Azar added. “Manufacturers keep making the products better and better. The same thing is happening to pet safety products. It is the responsibility of the manufacturers and distributors to assist in selling these products by supplying point-of-sale material, but retailers have to do the work to promote the product. You have to say, ‘Hey, have you seen our new reflective collars? They’re safer!’ There’s an emotional and psychological component here. People want to keep their dog safe, but they have to know you have the resources to help them.””With the growing participation between dogs and their owners, protective and functional utility gear is needed for both,” said Sabeh-Azar. “Pet owners listen to retailers’ opinions, so talking to customers and describing the importance of outdoor dog gear is ideal.” 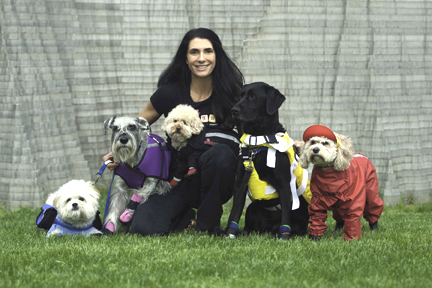 Born in Toronto, Canada, during her mother’s visit to see an aunt here, Sabeh-Azar spent her early years in Beirut, Lebanon. She later moved to Canada where she has spent the last 39 years. But Sabeh-Azar says her days in Canada are numbered.

“You reach a point in life when you look at all the hobbies and interests you have and if your environment is not conducive to them you must question what to do”, said Sabeh-Azar. She has decided that the answer for her is to move to California. She may not know exactly where or precisely when, but she does know that the warm breezes and palm trees are calling her name. “What feeling is better than running along a beach, mountain biking through a dense forest, horseback riding on 100 acres while followed by your dogs, a synergy between woman and animal?”, asked Sabeh-Azar. She answered her own question with “The ability to enjoy these activities all year long!”

But customers need not worry about the effect such a move would have on Neo-Paws International. Sabeh-Azar has no plans to abandon the helm but instead hopes to use the move to expand the company. She sees the United States as the ultimate hub for her company “because of the business opportunities that it provides.” Among these would be a more direct relationship with the substantial portion of her customer base which comes from the United States.

And bringing the customer the goods is Sabeh-Azar’s ultimate business goal as she attempts to get her “products in every pet store across the world”.

“You have to be really confident in what you’re doing and in your products”, said Sabeh-Azar. “The cutthroat attitude is everywhere. We just have to learn to live with it, be better and faster than everyone else, and remember that the survival of the fittest doesn’t apply only to the animal world.”