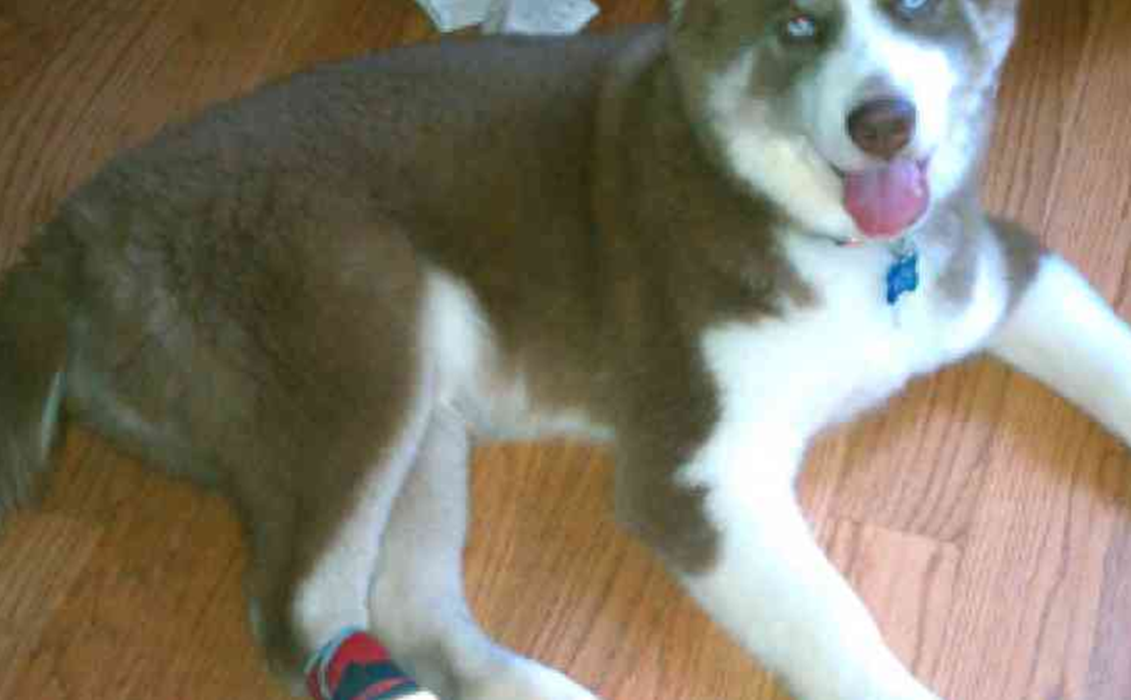 Hey Neo Paws! We got the shoes and put it on our 4 Month old Siberian husky “Ranger” He loved his shoe. Yes, only one shoe. He had a bad accident when he was a month old or less where his right rear leg was injured. The injury stunted the growth plate leaving his leg shorter, and will always be shorter. Well, IT WORKED! we put the gel insert in and strapped the shoe on. Like any dog he wasn’t sure about what was on his foot, but within 2 mintes he was running aroung the backyard with our two other huskys and one lab. It is making a very obvious “physical” difference. When we came inside, all hardwoods, that was where the difference really came into play. With his injury it caused him to tip-toe on his one foot and he would slide around. WELL, he doesn’t slide around and can run and play full speed in the house TOO!. When he was ready to lie down, we took it off so he wouldn’t chew it or pull it off. We don’t want him to learn to do that, as we plan to let him where it for most of the day and take it off in the evening when he goes to bed. As He grows we will need more shoes!!!!!!!!!! Thank you and we will keep you posted. Because I know that I will probably have to eventually hot glue extra tread from my wife’s running shoes that we are saving. It will be his little thick sole ortho shoe, just like people. Dean “Ranger’s Dad” I have attached a photo with his shoe on, note the big smile