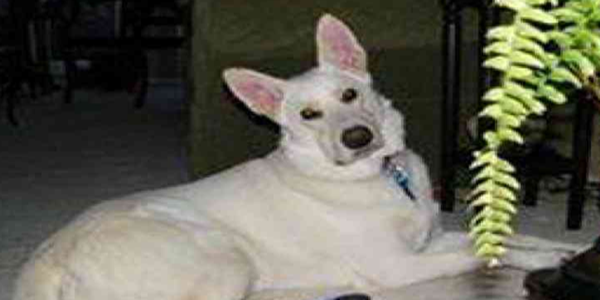 Harry was a rescue that we brought back with us from Puerto Rico in 2010. He’d had a pretty severe injury to the pad of one of his hind paws; a good portion of the pad was gone. After working with our local veterinarian in trying to resolve the injury we were then referred to Kansas State University Vet School where a “pad graft” was done. The graft was successful but the injuries to his paw were so extensive that the graft could not totally correct the problem and he still has a persistent lesion on the metatarsal part of his pad. The neo-paw boots were the best boot that I could find to provide protection to the paw in order to avoid the lesion getting bigger. They accommodate the bandaged paw very well, give him good traction and protection, and are easy to put on and once on they stay on!