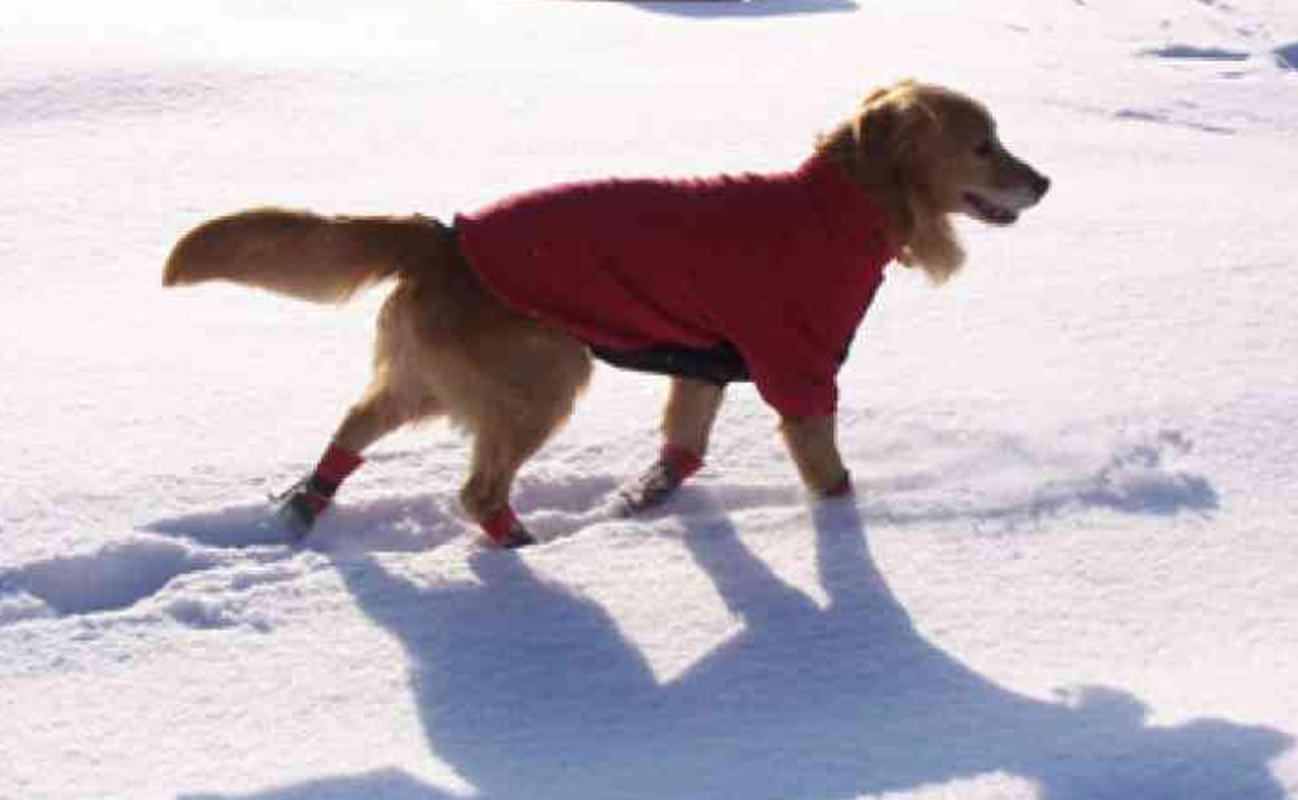 Hi Ronnie, Thanks for the excellent customer service, I didn’t mention it on the phone but I was so surprised that you speak French! Since this is about the only company I buy products from and can communicate directly with the person responsible for developing the product, let me say “Thank you!!!” My boyfriend and I adopted our dog in October 2010 from our local shelter in Quebec City and we had this preconceived notion that big dogs don’t need boots. In the winter I started to notice that my dog would limp by the end of our walks and whimper, most of the time it was because the snow had formed into a big ball in the middle of his paw pads but the massive quanties of salt that were dumped on our appartment building’s stairs and the -40°C temperatures didn’t help either. I didn’t hesitate and went straight to a local pet supply store, Létourno, where the manager recommended these. I kind of hesitated when I saw that they actually had a rubber sole – I was familiar with the other type that are more like mittens. My dog was hilarious when he put them on at first but as soon as he got outside he forgot all about them. From the minute we started taking walks people would stop to ask us about them (Where did you get those? Did it take long for your dog to get used to them? etc.). We took Shadow with us to the Carnaval de Québec in 2011, which always runs from the end of January until mid-February and attracts lots of tourists. I don’t recall seeing any other dogs with boots that year. By the end of the day I think I heard “Regarde, le chien a des bottes!” like 100 times. Some people even took pictures of our dog haha! I kept telling people who asked us questions “They’re great, get them at Létourno!” I am happy to say that at this year’s Carnaval, I saw plenty of dogs with boots. And yes, many were Neopaws 🙂 I watched the episode of Dragon’s Den and it was really hard for me to watch, because the people who buy your products know how good they are and how important it is to keep your pets safe and happy (we are NOT playing dress-up). I hope you’ve had the chance to get more exposure since then; I will definitely keep promoting these boots. I know that Neopaws will be huge some day and you won’t have the time to read an email like this one. In the meantime, I hope you enjoy the photos I’ve attached. From our family to yours, thank you 🙂 Melissa